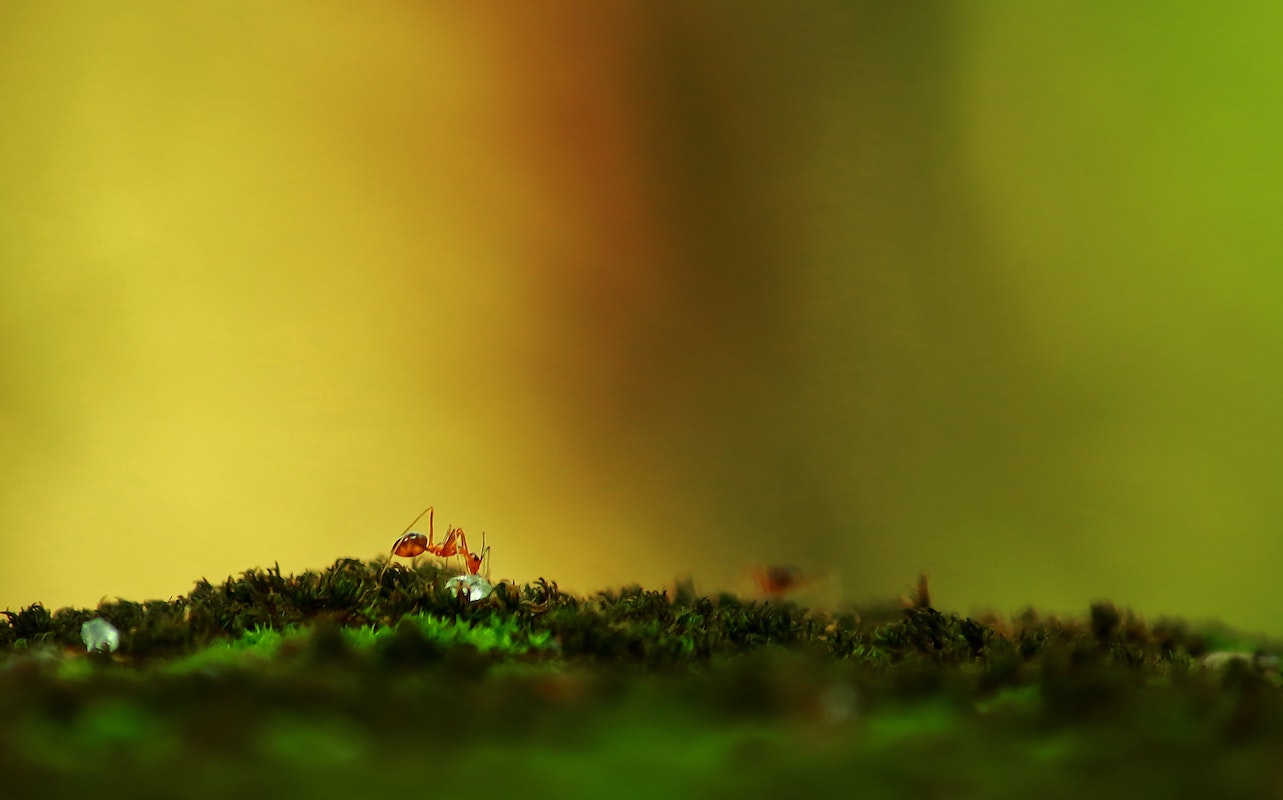 What E.O. Wilson has taught us about Insects and our Ecosystems

Here at Green Sod Ireland, we are committed to protecting life in all its various, diverse forms. There are over 11,422 species of insects, (to mention but one of the myriad species that live on land), and in our conservation work this realm of the animal kingdom gets a lot attention (Journal.ie). Our policy of asking people not to walk on the wild acres we protect aims to provide a rare sanctuary for the microcosmic world from the heavy unsuspecting footsteps of humans.

However, we would not be as aware of how important and complex the world of insects is if it wasn’t for the work of the world’s ecologists and conservationists such as E. O Wilson, Carl Linnaeus, Arthur G. Tansley, and Alfred J. Lotka to name but a few.

For this article however we will be focusing on one scientist from Alabama in the USA, Edward O. Wilson. From an early age Edward focused on the smaller creatures around him, in particular ants. When talking about his fascination with insects in his memoir Naturalist he said;
“Most children have a bug period, I never grew out of mine.” 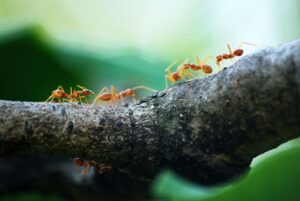 While still in high school he discovered the first colony of fire ants in the USA and later he and several collaborators worked out much about what we know about the pheromone(chemical) language of ants. This work was hugely important as, not only ants but, “all plants and microorganisms, as well as the vast majority of animals, communicate primarily or entirely by chemical signals.” https://eowilsonfoundation.org/e-o-wilson/

This really helped show that there is a lot more communication going on in the animal kingdom beyond what our human senses can detect.

Wilson’s later work studying ants in the Americas, New Guinea and the Pacific islands “led him to the theory of island biogeography” which he developed with Robert MacArthur. “They proposed that the number of species on any island reflects a balance between the rate at which new species colonize it and the rate at which populations of established species become extinct.”
http://web.stanford.edu/group/stanfordbirds/text/essays/Island_Biogeography.html

For example Ireland has a longer history of been cut off from the European mainland than Britain. It is further away so Ireland has fewer species than Britain as it was harder to reach.  Ireland is also a significantly smaller landmass than Britain so it can not support the same range of species either.

This does not just refer to islands in bodies of water but also islands of habitat, for example it could refer to an ‘island’ of wild habitat well suited to many species surrounded by less suitable farmland or built up urban areas.

“The theory greatly influenced the discipline of ecology and became a cornerstone of conservation biology. Applied to “habitat islands,” such as forests in a sea of agricultural land, it has influenced the planning and assessment of parks and reserves around the world.”
https://eowilsonfoundation.org/e-o-wilson/

“Throughout his life, Wilson has spearheaded efforts to preserve the world’s biodiversity. He played a central role in establishing the Encyclopedia of Life, which has the goal of curating a web page for every one of Earth’s species, and he has mobilized the movement to protect the world’s “hot spots,” the realms of highest biodiversity on the planet.” https://eowilsonfoundation.org/e-o-wilson/

His work on island biogeography no doubt inspired the latest project of the E.O. Wilson foundation the exciting Half-Earth Project. This project aims at protecting more than just a few isolated hotspots and is planning to set aside half the earth’s surface for conservation in order to reverse the current species extinction crisis we are experiencing and to ensure the long-term health of our planet.

Since 2006 Green Sod Ireland has been working towards a similar goal only on a more local level here in Ireland. By protecting areas of land and creating wild healthy ecosystems we are helping to reverse the species decline here, and making sure Ireland has its fair share of land set aside for conservation.

It is our small contribution to this monumental effort, and who knows, maybe one day half this island will be a haven for all the species that live here with us.

“I will argue that every scrap of biological diversity is priceless, to be learned and cherished, and never to be surrendered without a struggle.” E.O. Wilson

Here is an interesting article we found on the Half-Earth Project website. A Way Back – E.O. Wilson’s Big Idea for Saving Nature – And Humans Along With It

Half-Earth is a call to protect half the land and sea in order to manage sufficient habitat to reverse the species extinction crisis and ensure the long-term health of our planet.